Muncy Historical Society announced the theme of the 2014 and 2015 Quilt Challenges at its ninth annual quilt show, as well as the award winners of the 2013 quilt contests.

The society’s July 18 show featured more than 140 quilts and included a judging component, with ribbons awarded for Best of Show, Best Original Design, Viewer’s Choice, Challenge, Hand- and Machine-Quilting, Appliqué, Other Techniques, and Use of Color – Traditional and Contemporary. Four of this year’s winners received handcrafted wooden platters made by Mark Robbins, master wood turnings sculpturesque.

The 2013 Quilt Challenge was “Artist Inspired” and the challenge quilters produced quilts inspired by, and reflected the work of, an artist working in another medium such as the much-loved music of Bach, George Gershwin or the Beatles, or the color or design of Monet or Mondrian.

Beverly Bennett, Montoursville, received high honors for her quilt, “Josh’s Favorite Things,” as the judges’ selection for Best of Show and Best Original Design. Show attendees cast their votes on Friday and Youngman’s “Ordination Quilt No. 3” received the most votes for Viewer’s Choice.

The Muncy Historical Society will celebrate the 10th anniversary of its annual quilt show in 2014. To commemorate the milestone, the society has chosen “anniversary” as the 2014 challenge theme. Tin, aluminum and diamonds are the perfect gifts for a 10th wedding anniversary and quilters might choose one, two or all three of these for their “challenge” inspiration.

For quilters who have a tendency to procrastinate, the July 2015 show will be the time to enter any of the “challenge-inspired” quilts that did not get finished in time for an earlier entry. Quilters are also encouraged to enter any and all previously non-shown quilt(s) made from any of the series of patterns sponsored by the Muncy Historical Society.

The society-sponsored quilt show is made possible, in part, through grants from the Pennsylvania Partners of the Arts and the Lycoming County Visitors Bureau and private donors.

View all posts by muncyhistoricalsociety 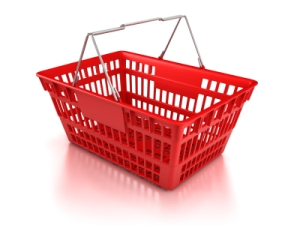 ** except holidays **
and by special appointment.

Hours are subject to change 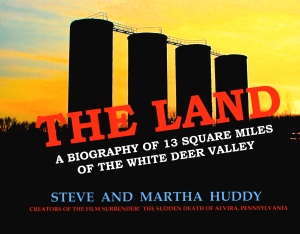 Sold out before you got it? “THE LAND” is available again, on your computer.

For those who love this story, the digital edition of “THE LAND” is here, exactly the same as the original book in every detail.

“THE LAND” is 489 pages in length and will arrive on a 4GB thumb drive, which you simply insert into your device’s USB port and download. Easy instructions are included. Move back and forward in the book, or select a specific section to go to, just like reading a physical book!

Surrender! The Sudden Death of Alvira

The Sudden Death of Alvira

In this new documentary film, Steve and Martha Huddy detail the injustice done to the good people of Alvira and its environs, as well as the machinations of the federal government in dealing with the very people whose land it seized. And, for the first time, the film reveals another shocking government betrayal of that region. Years of research, survivor interviews, archival footage, rare photos and solid documentation make this haunting film a local history event you should not miss.